Skip to content
Welcome to One Africa! One Nation! Farmers Market. 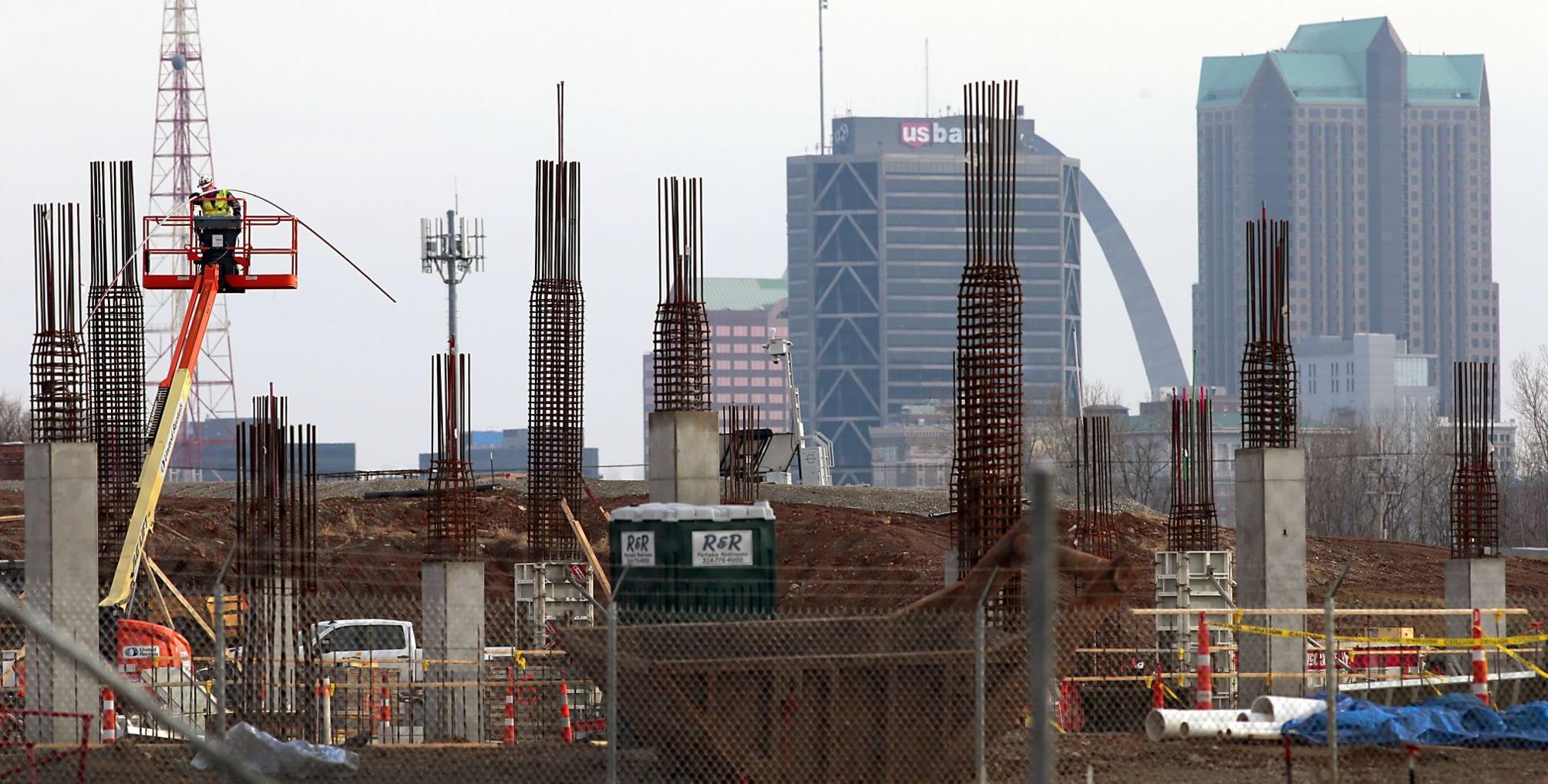 Two days ago, the St. Louis Post-Dispatch reported a discussion by aldermen  important for St. Louis farmers and growers throughout the black community. If passed, the legislation would grant control of nearly 1,000 acres of black community land to a global spy agency.  Today, this entity is known as the National Geospatial-Intelligence Agency (NGA).  And like St. Louis’ long history of violent white theft, it has deep origins in U.S. colonialism.

Such legislation is an unwelcome gift to the colonial U.S. military critics say.  Not only does it come at the expense of colonized peoples throughout the world, it comes at the expense of local residents and organizers.  Similar forms of aggression increasingly force black residents of North St. Louis to become students of history. Ironically, much of what we know through direct experience is documented by the news site, Mother Jones.  In the Article, This Land is Not Your Land, Mother Jones details a bloody record of black land theft at the hands of the U.S. government and regular white people.

Struggling black farmers say this history explains why black farmers represent less than 1.5 percent of  the 3.4 million U.S. farmers. In contrast, black people are said to comprise about 12 percent of the total population.

Amid the constant land theft, the black community is witnessing a rebirth of black growers. Many see themselves as part of a larger movement. It is no surprise that many see this so-called protection zone as another in a long line of attacks.

An Anchor for Gentrification

Black residents of North St. Louis have every reason to believe the 1,000 acre NGA zone will create a feeding frenzy of white gentrifyers.  Unmoved by promises of jobs and housing, organizers insist white developers will grab scores of cheap property in the black community in anticipation of the spy agency.

The story goes: white speculators will drive up property values and more Africans will be driven from North St. Louis.

The Colonial History of the NGA

Built in 1805, the NGA was originally a colonial fortress called Fort Belle Fontaine. Years later, it became an arsenal for armed white settlers. From this arsenal, early colonizers would launch countless genocidal attacks on the indigenous people.  The primitive agency was also used to enforce a system of brutal African enslavement for 150 years.

Eventually, it would be re-named The Defense Mapping Agency in 1972.

Meriwether Lewis and William Clark  are the colonizers given credit for the U.S. theft of St. Louis. In 1804, U.S. president Thomas Jefferson sent them on a reconnaissance mission to colonize St. Louis and everything west. Driven by a thirst to expand the blossoming slave-economy, William Clark became an expert map-maker. Mapping was a crucial skill for any assassin tasked with waging war.

Despite attempts by ruling class historians to present Lewis and Clark as simple explorers, it is important to note that they were soldiers for the U.S. military. Their assignment was to relieve the indigenous people of their land by any means necessary and open up more territory for the enslavement of their African subjects. 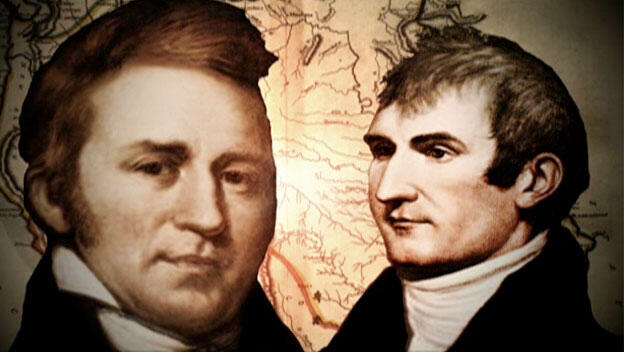 From Fortress to Arsenal to Mapping Agency

Clark helped birth the mapping agency known today as the NGA. Try as they may to sanitize it, the NGA is an international spy agency designed to provide intel for U.S. drone attacks and colonial wars. These attacks almost exclusively target colonized peoples throughout the Americas, Africa, Asia, and the middle-east.

An earlier bill designed to expand this colonial spy agency was sponsored by an African  alderman, Brandon Bosley. Although many black residents instinctively cheer for African politicians, it is obvious that the black community needs a new way to appraise black leadership.

The majority of oppressed black workers have a nationalist sympathy for black leadership. Evergreen, yet often pint-up, our desire for freedom can cloud our ability to recognize black politicians who work against our interests.  Aware of this desire for freedom, some black politicians smell the opportunism associated with adopting the red, black, and green African National Flag.  Even the less sophisticated ones have now learned to use black power to attack black power.

Meanwhile, they spend 50-60 percent of the entire General Budget of St. Louis City waging police wars on the black community. Many, for example, even supported recent legislation to allow a billionaire to fly private spy planes over the black community and record our movements for up to 18 hours a day!

Black Community Defeats the 2018 Board Bill

In 2018, Bosley first introduced a bill to establish an “NGA Protection and Enhancement Zone.” This Zone would stretch nearly 905 acres around the NGA. Through proxies like Bosley, the U.S. military would determine what businesses can and cannot operate in the 1,000 acres of black community land contained within this ”protection zone.”

Public resistance forced Bosley to drop the 2018 bill. But he has reintroduced a new version. This time he is asking for 958 acres on behalf of his benefactors.

It is obvious that the young Bosley didn’t just wake up one day and decide to create a 958 acre Protection Zone for a spy agency.  Who then does he work for, and why?

Land Theft as a Tool for Counterinsurgency

There is a visible link between alderpersons who support militarization of the black community, and those who support piggish developers. Like Ronald Reagan or Richard Nixon, they claim endless policing is necessary to wage war on crime. Yet, this is simply a cover for their relationship with white real estate speculators and corporations.

To ease the way for their white bosses, the Bosley’s of the world align themselves with a vicious colonial state machine represented as the police, spy planes, and the NGA.

John Ehrlichman, policy chief for former president Richard Nixon, made recent headlines when he admitted that Nixon’s  “War on Crime” was created as a tool to attack both the black freedom struggle and the entire African population. “We could arrest their leaders, raid their homes, break up their meetings, and vilify them night after night on the evening news,” Ehrlichman reportedly said.

During this period of the late 1960’s and early 1970’s, the U.S. began looking for long-term strategies to crush the rebellions of the 1960’s.  As early as the Kennedy administration, intelligence agencies began looking for permanent plans to de-concentrate urban communities of large numbers of black people.

The U.S. saw the black revolution of the 1960’s as an “insurgency.” Their thinking representatives responded by employing a tactic known as “counterinsurgency.” Chairman Omali Yeshitela, leader of the Uhuru Movement, writes:

In 1973, St. Louis was the subject of a study conducted by a military think-tank called the Rand Corporation. The study made a comparison between St. Louis City and San Jose, California, home of Silicon Valley.  Silicon Valley might be considered the symbol of capitalist world decadence.

It is beyond the scope of this article to explore this subject in detail. But it can be said that the NGA is an agency designed to make St. Louis the “Silicon Valley of the Midwest.” Hence, its importance lay not in its ability to create a mammoth economy, but in its potential to create a mostly white, mammoth economy!

U.S. intelligence agencies see gentrification as a tool for counterinsurgency. The NGA, the LRA, and subservient (white and black) elected officials help them do it.

Urban planners who work for the U.S. military see institutions like the NGA and the LRA as ideal for population control. Starve the potentially revolutionary black community of economic development. Wait decades for the population to decline. Capture their lost and stolen properties in a land bank (LRA). Wait for the political and economic conditions to ripen. Then bring in a huge employer of high-tech workers like the NGA.  After large swaths of property become available to the land bank, redistribute them to this  project. Usher in a new wave of white people to fill the high-tech jobs and to purchase homes nearby. Repeat.

The infamous  1975 Team Four Plan outlined some aspects of this military inspired urban plan. Either way, it is clear that while the federal government carries out drone wars against colonized peoples throughout the world, local government officials lead wars of gentrification on the black community.

This is no conspiracy. Simply put, it’s called urban planning. Even if nothing else convinces you, you should wonder why the U.S. military is in the business of urban planning?

The System Has Its on Mind and its Own Will

Black accomplices who carry out gentrification and counterinsurgency are not required to be conscious of such long-term schemes, although some are.  Regardless, many act as  willing managers for the political-economy of colonial-capitalism. And make no mistake, they regularly attack the black community to uphold this colonial relationship.

Their support for spy agencies and for huge tax breaks to greedy developers who bleed local schools of funding, is evidence of this.

Occasionally they put forth economic development schemes designed mostly for a small handful of the black middle class, or worse, a tiny group of their connected friends. Some are even more vulture-like and are known to take personal bribes. 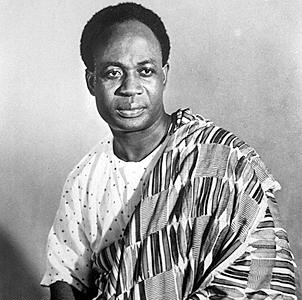 As problematic as it is, neo-colonial behavior on the part of black elected officials is not best understood by pointing to the individual intentions of single actors.  Instead, we must understand that the entire social system is designed to offer a small sector of the black community ‘management rights’ as long as they meet the requirements of white developers.  In addition to turning over the land and resources of the African community, these requirements include isolating genuine black leadership.

The black community is under attack everyday. Land theft is not something that bad white people did to us a long time ago. Politicians give away our tax money. Businesses exploit our labor. Police meet their quotas. Prisons fill their beds. Developers steal our land. Politicians extend the life of their careers – all at our expense. And it happens every single day everywhere black people reside.

If we are to forward a renaissance of black farmers and growers, we must to fight for new leadership and a new model of community and economic development.  For this to happen, we must get rid of white gentrifyers and black politicians who sell us out.

Africans who promote black farming and growing cannot simply glory in their love for gardening. We cannot pretend that eating healthy and growing food is a revolutionary act unto itself. All of us must also fight raw, naked colonialism and neo-colonialism as it manifests itself on the ground (no-pun intended).

Our new slogan must be: It’s not enough to have a green thumb. We must have a red, black, and green thumb! We must fight for the whole community to have land, control food production, and build an economy.  But we cannot achieve this if black growers and farmers avoid actual struggle.

We will not be able to make peace with black politicians who give 1,000 acres of black land to entities like the NGA.

Black land is stolen because white capital requires it. But, a small sector of black elected officials do too. Our main objective must be to open up this struggle to the masses of black people who see other working class black people as the source of our misery and who are taught to take their pain out on each other.

Living in constant frustration, most don’t understand the reason why their alderman votes for spy planes, spy agencies, and constant increases in police salaries. The aldermen do it in order to purge north St. Louis of  black residents standing in the way of white money.

The One Africa! One Nation! Farmers Market

The One Africa! One Nation! Farmers Market (OAON!) understands this clearly. That is why I support it. OAON! is an anti-colonial, African working class project fighting to bring self-determination to the black community. We are winning back black community control of food production one Market at a time.